We Were Born to Run

I run frequently and had heard some buzz about this book. I’m keenly interested in the amazing results that often come from ancient wisdom and using our incredible human body as correctly as possible. These are the exact ideas that author, Christopher McDougall touches on in his book, “Born to Run: A Hidden Tribe, Superathletes, and the Greatest Race the World Has Never Seen.” 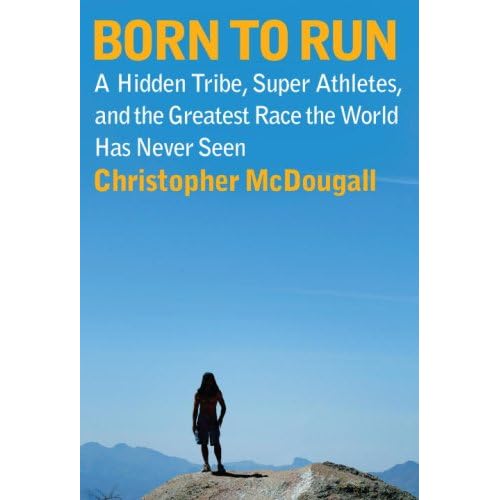 The book has two main parts. First, it follows the story of the author as he investigates solutions to his own problems with running. Along the way he, meets, befriends, and races with members of a mysterious southwestern tribe known as the Tarahumara Indians and several other interesting characters. The second part of the book (which is mixed in with the story) contains various accounts of scientific study, an evolutionary history of running, and the modern history of the running industry. Here are some key points I found very interesting:

McDougall makes the case by recounting scientific evidence and first-hand accounts that humans may have evolved to excel at long-distance running. Our upright posture allows us to use breath more efficiently and take longer strides than other animals, our hairless skin and sweat glands allows us to disperse heat very rapidly, and we exhibit many feature such as specialized tendons and ligaments not needed for walking, but required for distance running. Here is a nice article on humans evolving to run in Discover Magazine

The hypothesis is that ancient humans evolved to chase prey to death in a hunting style called “persistance hunting.” While it is true that a deer can run faster than a person, if a person continually keeps it on the move at an easy 9min/mile pace, the deer will become exhausted before the human and drop. That’s a pretty easy way for post-claw, pre-weapon humans to bag dinner!

The stories in this book about the Tarrahumara are amazing. These people, indigenous to the badlands of northern Mexico, still live a very primitive lifestyle. They eat a diet of mostly whole plant foods, live in small dwellings with no amenities, and run like hell! They are known to run 30, 50, 100, 200, or 300 miles at a time for fun and sport. What’s more amazing is that they do this throughout life with amazing health, few injuries, and no shoes! (just very thin-soled sandals.)

This was one of the major revelations in the book. Human feet can run just fine without running shoes; and this really makes sense, too. People have been shod for a few thousand years, but have been running for MUCH longer than that. What’s more is that until about 50 years ago, “running shoes” were converse-style flat canvas shoes with no arch support, motion control, or super-padded heels. There is a lot of science to support that modern shoes do more harm than good.

I went so far as to purchase a goofy-looking pair of shoes that don’t do much apart from keeping shards of glass out of my feet. I’ve not run any 200 mile races yet, but I have noticed my form improve dramatically. More on my experiences with barefoot running in a future post.

Most recently, Shawn led sales and marketing at Diligent Corporation where he participated in a $624M exit in 2016. In his role, he rapidly created a high-functioning and efficient revenue engine that quadrupled revenue growth while halving CAC. Before Diligent, he founded the "fast growth tech" practice at McKinsey & Co, through which he consulted with SaaS companies from $20 to $250M in ARR. At McKinsey, he was known for his expertise in enterprise sales, marketing, pricing, and growth strategy. Shawn earned his Ph.D. in electrical engineering and computer vision from Georgia Tech. View all posts by Shawn Lankton